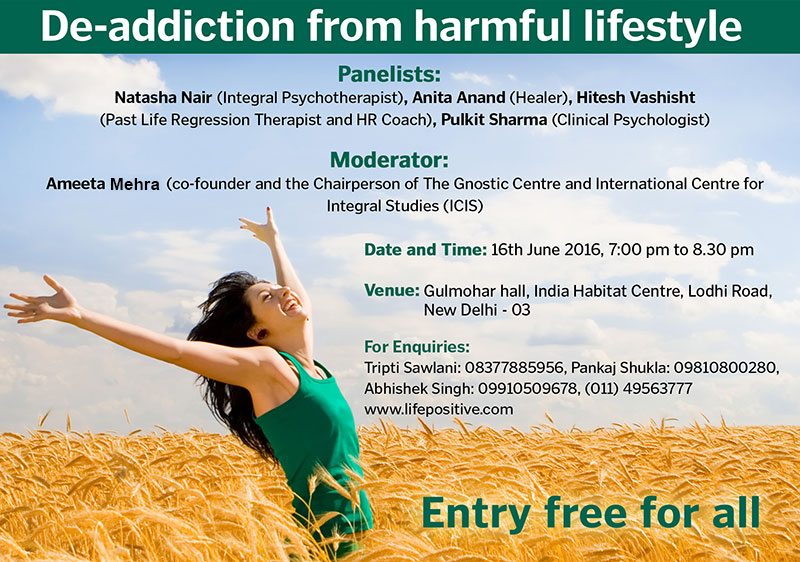 Ameeta Mehra is a co-founder and the Chairperson of The Gnostic Centre and International Centre for Integral Studies (ICIS). Since the age of fourteen she had one dream – to change the education system of India. It is this quest that started her off on the road of Integral Integral Yoga, Psychology and Education in 1986. Over the years Ameeta has conducted growth of consciousness courses and workshops such as Explorations towards a New Creation of the Self and Society, Foundation Course for Facilitators, The Science of Living, Meditation for Inner Growth & Cultivating Presence. Ameeta’s published works include self-discovery books such as Dhyana (Meditation for Inner Growth), Abhaya (Fear: Its Cause and Cure), Karmayoga (Perfection in Work) and Sadhana (A Guide to Self-Mastery). She is also the editor of The Gnostic Centre’s journal ‘The Awakening Ray’. Ameeta heads India’s leading stud farm, and is also on the Governing Board of Auroville.

Natasha Nair Gupta is an Integral Psychotherapist in private practice in New Delhi. She was trained at the California Institute of Integral Studies (CIIS), San Francisco. CIIS is a pioneer in transpersonal studies, and was the first to offer a transpersonally-oriented, East-West psychology program in the world. Subsequently, she trained in Peter Levine’s Somatic Experiencing (SE) in Europe. SE aims at resolving health problems related to mental, emotional and physical trauma by focusing on releasing the trauma shock stuck in the body. Natasha is also trained in Raja Selvam’s Integral Somatic Psychotherapy (ISP), which is an advanced approach for integrating body, energy and consciousness into any psychological process.

In addition to her work with couples and individuals she has facilitated groups in the Bay Area and in India, on themes ranging from learning how to de-stress, to using Play as a means of self-growth.

Anita Anand has been practicing as a healer since 2002. She studied hypnotherapy, past life regression, spirit release and crystal therapy with the late Dr. Sunny Satin who founded the California Hypnosis Institute (CHI). Since 2002, Anand has worked with approximately 500 clients who have sought help with depression, anxiety, fears, pain, migraines, addictions, insomnia, difficult relationships and general wellness. She has done individual and group therapy. Anand’s primary technique is therapy through hypnosis or deep relaxation. She approaches therapy as a tool for wellness. Her goal is to get clients to understand themselves, their issues and find ways to deal with them. She has had clients whose therapy ranges from three-four sessions to a year or two.

Dr Pulkit Sharma is a clinical psychologist and psychotherapist in private practice. He has an M.Phil in Clinical Psychology and a specialized training in Psychoanalysis and Trauma Counseling. He has worked as a consultant with several organizations including hospitals, corporates, NGO’s, universities, colleges and schools. He is an avid researcher and writer and has authored over 150 articles and research papers

Hitesh Vashisht is a Management Professional with rich and varied experience of over a decade, working in various HR Domains. His spiritual journey began in the year 2007 with Meditation and meeting his Guide, Dr. Newton Kondaveti in 2010. Since then, he has been working with individuals and groups in bringing transformation in different areas of life. He is serving as a Board Member for Association for Regression and Reincarnation Research and has been awarded as ‘Leader in Holistic Coaching Par Excellence’ by ISHMA World Foundation in the year 2015.